The Miniware Smart Soldering Iron is one of those tools that is hard not to buy. I first saw what I later found out was the TS100 while watching a a Nurk FPV build video. The iron wasn’t at all the focus of the video, but given what I was used to using, “what is that,” “how have I not heard about it before” and “I want one” went quickly through my mind. Further research revealed a sub $100 price and open source control firmware (the recently renamed IronOS)! After emerging from the rabit hole of reviews, comparisons and China based online shopping, I opted for the latest in the line, the TS80p.

While there are a number of printable cases available, I didn’t find one to my liking and decided to create my own.

As shown in the video, I went with a tube based design, which was somewhat inspired by the way the TS80p soldering iron tips are packaged. The design fits with the cylindrical nature of the tools and accessories that it contains. The result is a fairly rugged, compact enclosure which I like a lot better than the standard box type cases I’ve seen.

Both the case and soldering station make use of bottle cap type threads which open and close with a single revolution. I happened to run across a Hackaday article on bottle cap threads which was highlighting the Bottle Cap Thread Calculator. While I had to resort to some customization, the standard was a great place to start. 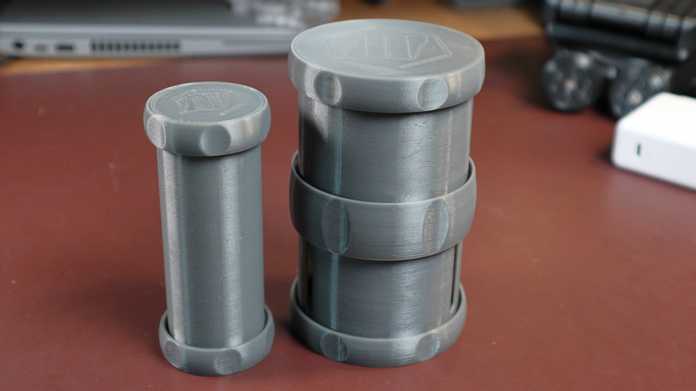 Being careful with the threads allows for the small flats on the caps and connector to align which prevents the containers from rolling too far when lying down. The soldering station has two compartments. The lower compartment is sized for a standard spool solder (I have a 1 lb spool of Kester 44 63/37 0.8 mm leaded solder) and has three slots to provide access to the solder while in use. The upper compartment contains a housing for a brass tip cleaner and also provides enough space to store the the USB-C power delivery cable and the Tin Man iron rest. The iron rest fits into a mounting hole at the top of the tip cleaner housing. 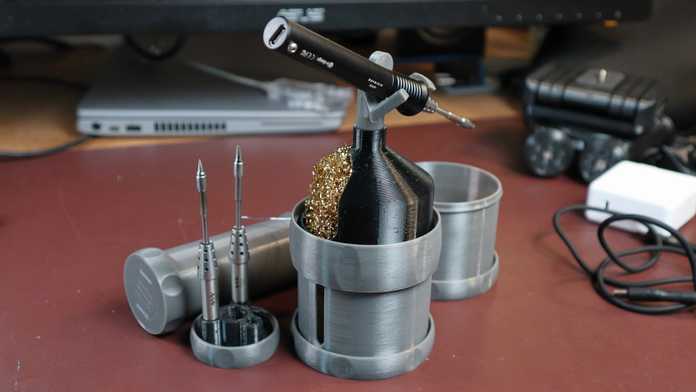 The temperature of the TS80p finger guard area, which is what comes in contact with the iron rest, should remain safely below the glass transition temperature of PETG even while the tip temperature is at operating levels. 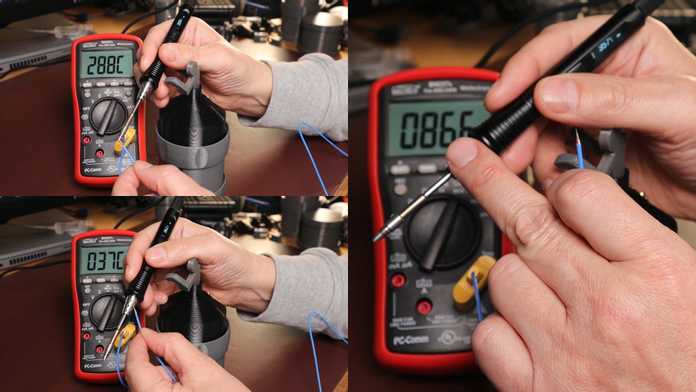 Note that the pictures reveal a discrepancy between the temperature setting and what is measured at the tip. My assumption is that this is mostly due to the poor contact between the probe and tip, and that hopefully, this doesn’t detract too much from the point that the temperature of the finger guard area should be okay with the PETG printed iron rest.

This portable soldering setup is mostly to support my growing interest in the realm of FPV Drones, but I don’t do a whole lot of soldering and certainly am no expert. However, I’m a fan of the TS80p, and I’d like this case and soldering station to at least somewhat complement the joy of using such great tool. Any questions about printing or feedback for improvements is more than welcome! 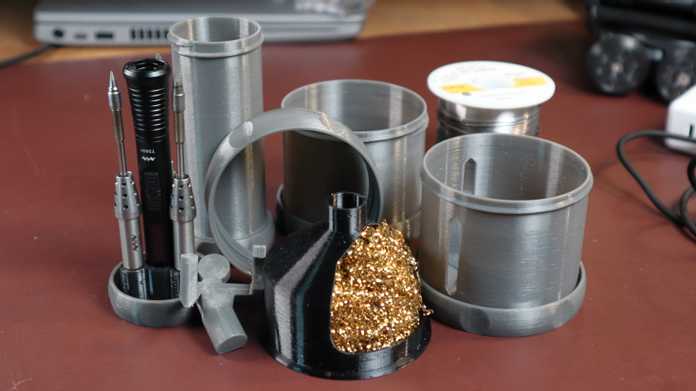